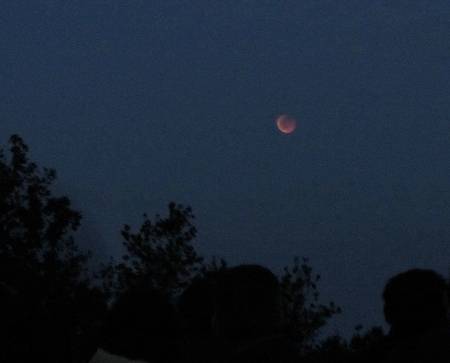 La Palma has beautiful dark skies, so I was hoping for a really good view of last night’s lunar eclipse. But looking at the low cloud along the horizon, I decided to drive up to the star party at Llano de la Venta, one of La Palma’s astronomical viewpoints. In practice, an astronomical vciewpoint means parking space, level ground suitable for tripods, a signpost pointing to the pole star, and an information panel. 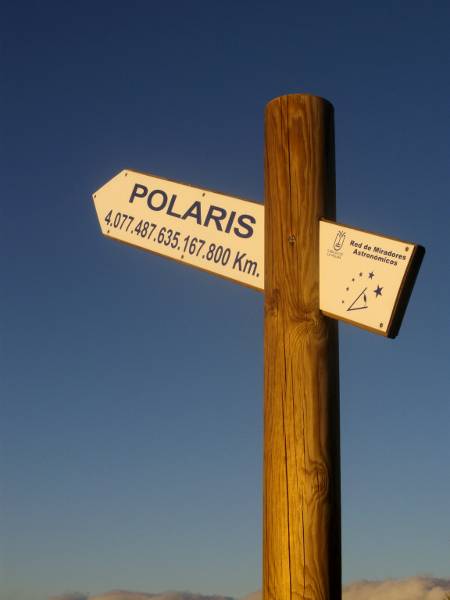 How far to the Pole Star?

Astrotour was offering free stargazing, courtesy of the island government. These viewpoints can be pretty cold in winter – this one is at 1,300 m – but last night it was quite balmy. The first surprise was the number of people who’d turned out. The next was the discovery that we had trees blocking the view of Mt Teide – and the moon was due to rise from behind Teide. It’s a good thing I didn’t have a saw with me. I’d have been very tempted, which would have been sheer vandalism, of course. So there wasn’t anywhere sensible to put my tripod. 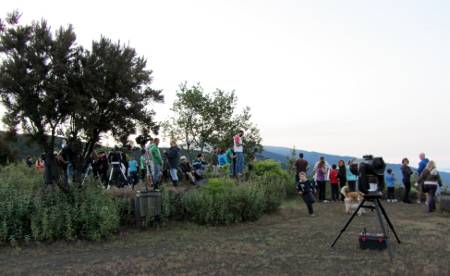 We got a splendid view of the moon, when it rose. I found I could get halfway decent photos by setting manual focus (to infinity) and jamming the camera against the Polaris signpost to hold it steady for the 1-second exposures.

One woman beside me was grumbling that she couldn’t get any photos with her DSLR, and I confess I felt rather smug. Then she realised that I was getting photos with my compact, and the grumbling turned bitter.

I said mildly, “Well it’s a rather good compact and I have practised.” (This is an understatement. I’ve put in thousands of hours of photography practice.)

But she still clearly felt that having a DSLR ought to guarantee good photos, even if you didn’t know how to set it to manual focus. I looked, but I couldn’t see how to do it either. (I found out later that Canon camera have the manual focus on the lens, not the body)

Then the International Space Station zoomed overhead, looking gorgeous. (Every time they add more solar panels, the ISS gets brighter and brighter). You can imagine the DSLR’s owner’s reaction when I got a photo of that too, on my itty-bitty compact.

And to round things off nicely, Astrotour pointed their 10″ telescope at Saturn, so we could all see the rings. They’re as stunning as ever.

You could say it was a heavenly evening. 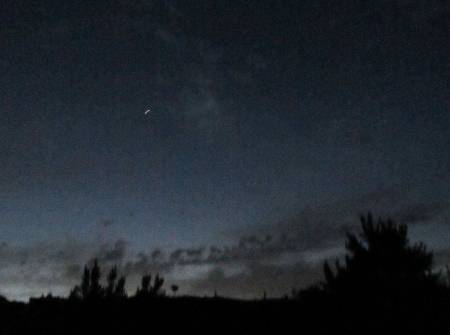