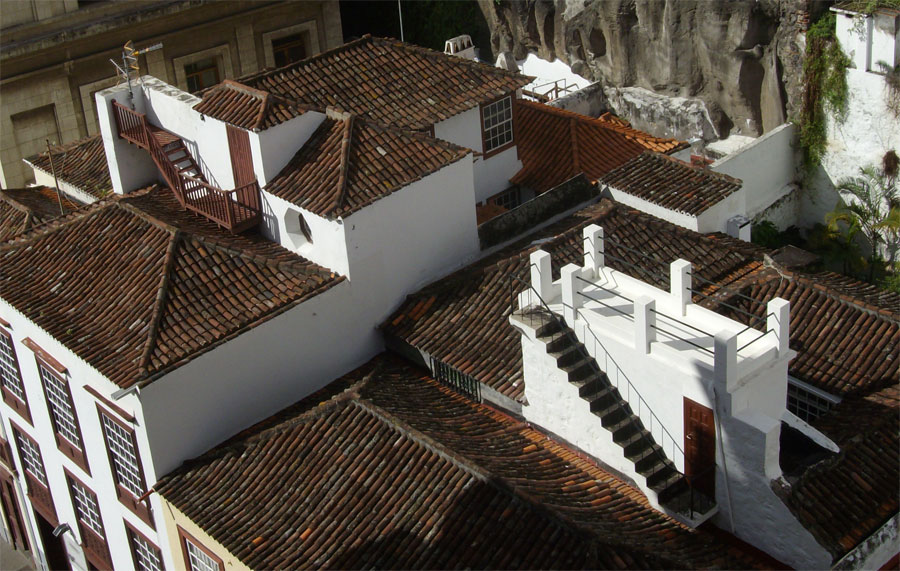 Three hundred years ago, Santa Cruz de la Palma was the third biggest port in the Spanish Empire. Almost every ship traveling from Spain to the Americas stopped here. In the 19th century, it was still a major port, and many of the inhabitants waited anxiously for a ship bringing their merchandise, letters from family members who’d emigrated to Cuba or Venezuela, or the loved ones themselves, as passengers or crew.

These days, Santa Cruz de la Palma is a bit of a backwater. But many of the older houses still have viewpoints on the roof, like a little crow’s nest. They’re all designed to give a view of the port, although in some cases the view is now blocked by a tall, new building, like these houses in the Calle Real. They’re a nice reminder of the past, and I have fun trying to spot them, even though I’m sure that nobody uses them to track ships in the internet age.