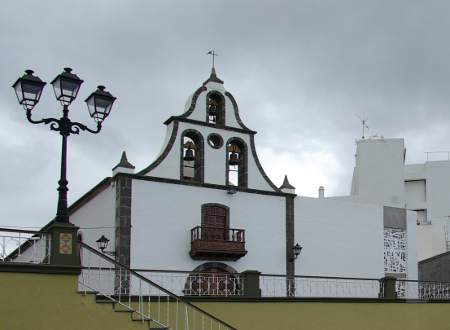 The outside of the church of St Michael the Archangel, Tazacorte


I’m not religious, but most of the churches on La Palma are beautiful, and worth at least a quick look. Even if the building itself isn’t special, there’s often a beautiful renaissance statue. I translated a text about Tazacorete chuurch which said that it “was built at the end of the 15th century, making it the oldest religious building on the island. It has been restored, enlarged and altered on several occasions.” It got me curious enough to visit. 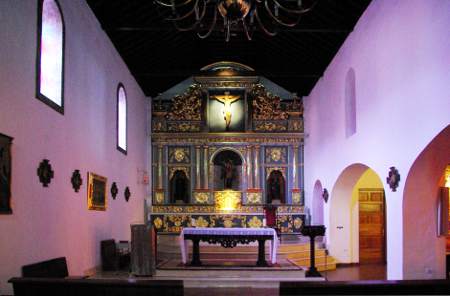 The old nave in Tazacorte church

Sure enough, this nave is very like most of the old churches on La Palma, with whitewashed walls, semi-circular arches, and a lovely coffered ceiling and baroque altar-piece. 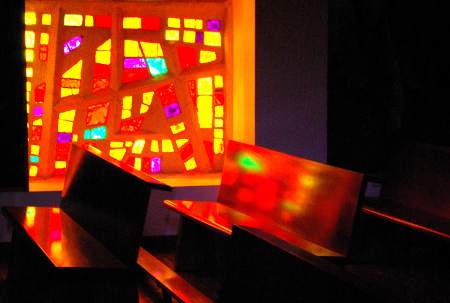 The new nave of Tazacorte church

And this is the other nave! They weren’t kidding about ” restored, enlarged and altered” were they? I haven’t been able to find out a definite date, but the style looks like the 1960s or 1970s.

The amazing thing is that the combination looks great. The architect must be a genius. I’m sure that if I tried to put a 1960s nave next to a 1490s nave, the result would be a right dog’s breakfast. 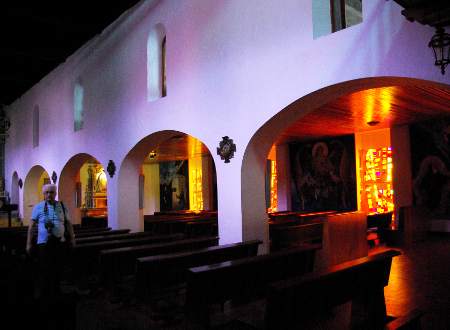 Standing in the old nave of Tazacorte church, looking towards the new nave.

So I tried to work out why the two very different nave look as though they belong to each other. Well, they both have white-washed walls, and the same floor and pews. They’re joined by semi-circular archways, which are common in the old churches here. Both have wooden ceilings, although the new one is lower, lighter, and simpler. So I sort-of see why it works. but I still say the architect is a genius.

And yes, there’s a very old painting of St Michael the Archangel defeating the devil. 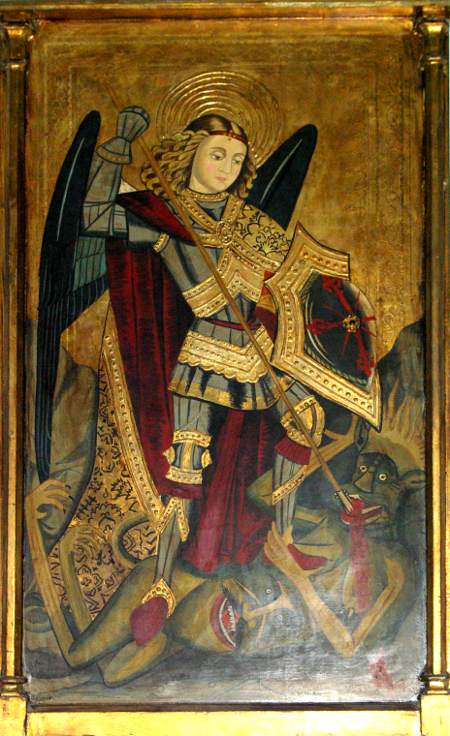