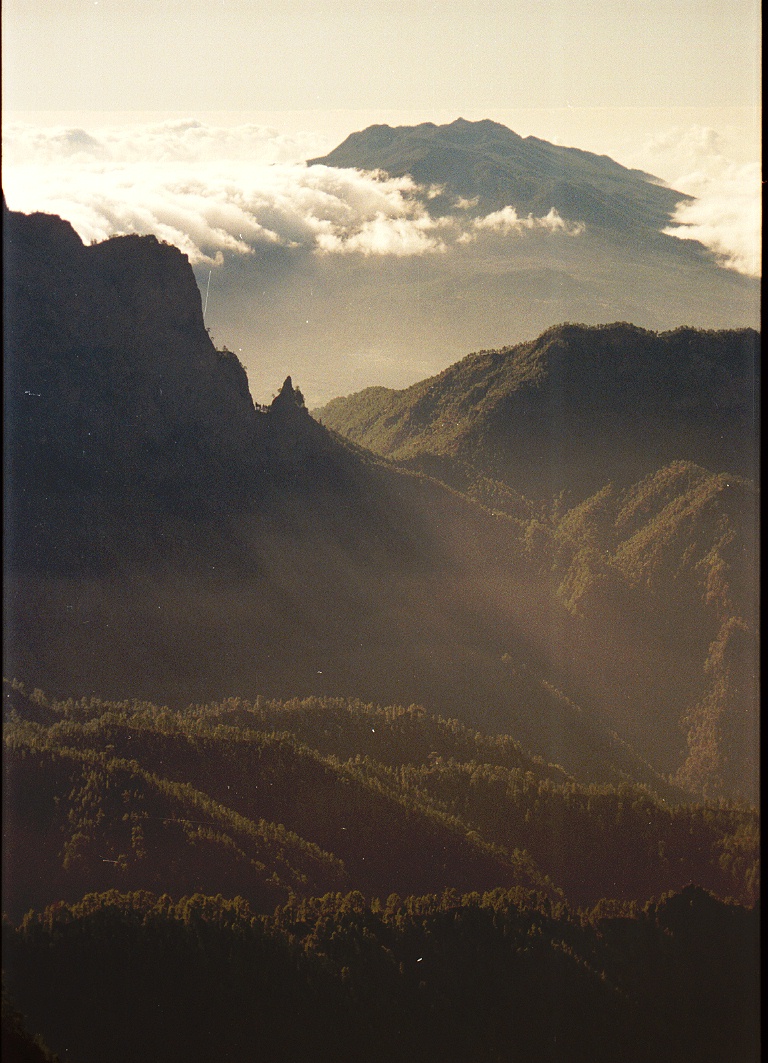 The heart of the island is the Caldera de Taburiente.

Caldera is a technical geological term for the crater at the top of a volcano. In fact the term comes from La Palma: all the volcanic calderas in the world were named after ours. So it’s really a pity that, since then, the scientists have found out that the Caldera de Taburiete isn’t a caldera. It was actually formed by erosion and a gigantic landslide.

Update: The term Caldera was introduced by the German geologist Leopold von Buch after his visit to the Canary Islands in 1815, where he saw both the Caldera de Taburiente and the Caldera de Las Cañadas. Las Cañadas is the more usual kind of caldera, where the magma chamber emptied, and then the ground on top collapsed into it. Ours isn’t.

However it was formed, the Caldera is spectacular. In most places it’s eight kilometres (five miles) across, and many of the rim walls are 1,500 metres high and almost sheer. I haven’t seen the Grand Canyon yet, but people who’ve seen both frequently say that the Caldera looks bigger. You see the Caldera is just on the edge of what your brain can understand, whereas it just gives up when faced with the Grand Canyon.

The Caldera is surprisingly hard to photograph well, because you loose the sense of scale. This photo was taken from the observatory late one morning, and the scale mostly comes from the aerial perspective – the way distant objects are bluer. On this day there was just the right amount of dust in the air to give a sense of scale without hiding more distant details. I like the way the sunlight catches the cloud waterfall.