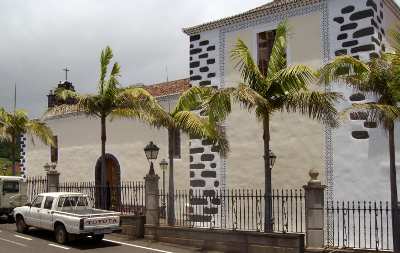 The exterior of the church of San Juan, Puntallana


As Palmeran churches go, the church of St. John the Baptist in Puntallana isn’t all that old. The presbytery and the side chapels date from the 16th century, and the nave from the 1719. It was officially declared an Asset of Cultural Interest (rather like a listed building) in 1994. 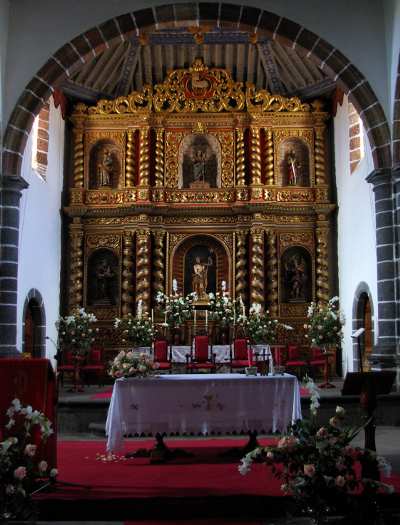 The main altar in the church of San Juan, Puntallana

The inside of the church is beautiful. 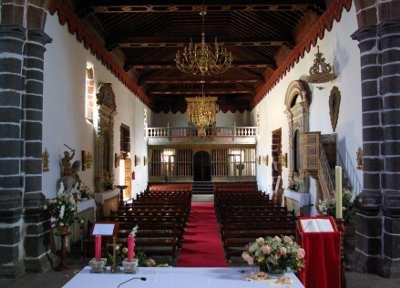 The nave in the church of San Juan, Puntallana

The oldest churches on La Palma were built by people who moved from what is now Andalusia, which has only recently been reconquered from the Arabs. The style is known as “Mudejar” which means “those allowed to stay.” And this church has a beautiful mudejar ceiling. 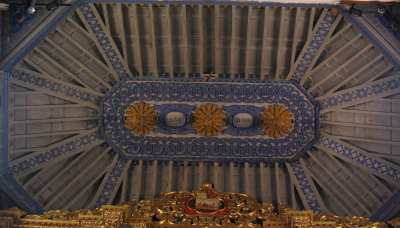 The ceiling in the Presbytery 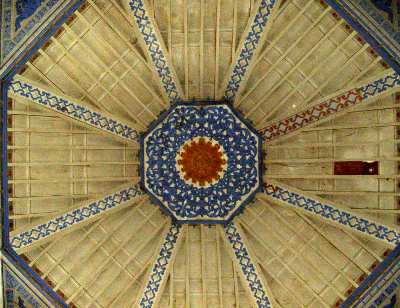 The ceiling in the crossing 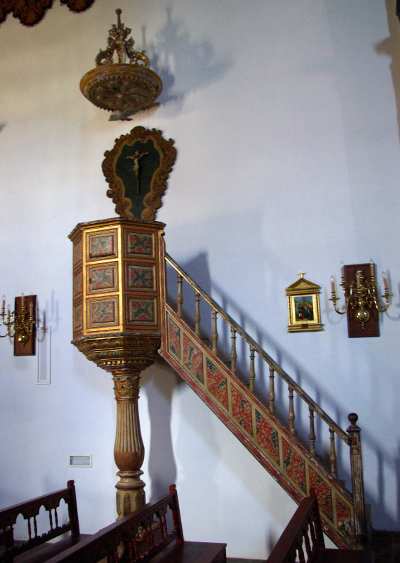 The church houses lots of statues. This one, of St. Michael the Archangel, was made by Benito de Hita y Castillo in the 18th century. You get a lot of statue of St. Michael on La Palma, because Alonso Fernández de Lugo, who led the conquest in 1493, saw St Michael as his ally in a crusade to bring the poor benighted natives into the Catholic church. (I can’t help thinking they might have seen the whole thing rather differently, especially since the conquest involved killing or enslaving so many of them, and taking all the best land away from the rest.) 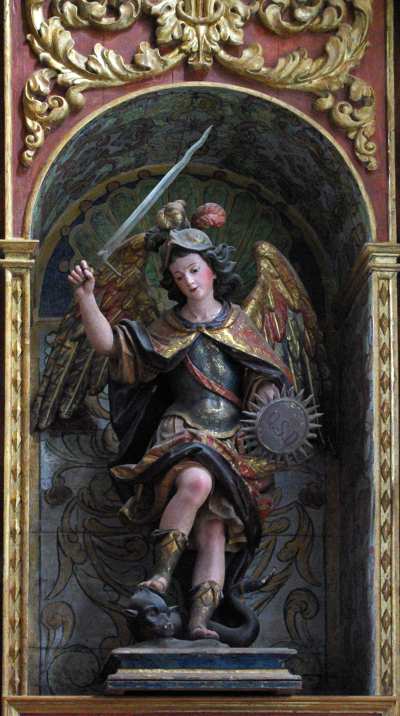