Take a journey through La Palma’s turbulent past, into its present and out into the exciting future. Chedey will tell you how his world collapsed when the Spanish conquered the Island in 1493, Althay will explain what happened when the volcano erupted, Daida shares her visit from an extraterrestrial and Leyre will take you out into space.

To buy the book, go to Dragon Tree Publishing You’ll be able to pay with Paypal or a credit card. 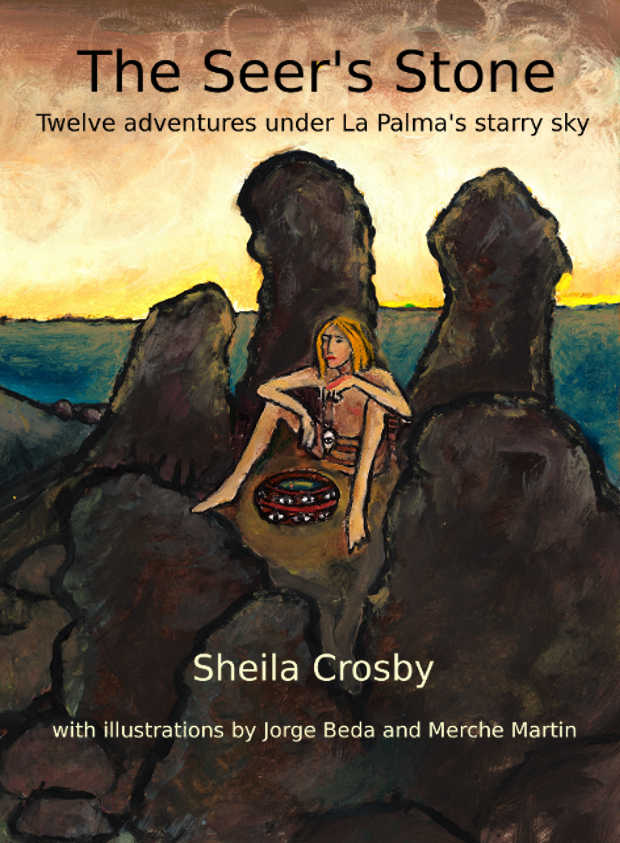 Cover for The Seer’s Stone

As you travel you’ll learn what happens when:

Sheila Crosby is originally from Leeds, but she lives in the Canary Islands, just off the North West coast of Africa. She caught the writing bug at high school, and she still hasn’t found a cure. Over the years, she’s sold over fifty stories, plus a handful of articles. “The Seer’s Stone” is her second anthology of fiction.

We bought Sheila Crosby’s book, The Seer’s Stone, for my daughter-in-law who occasionally works with children and the night sky. This book, with its enticing illustrations and title caught my eye. But mostly because I wanted to read it my self before I gave it up! I am 84 years old and can give great praise to this read that I could not put down until I reached the last page. It is chock full of stories and folklore of La Palma and opens the imagination. It is a children’s story but appropriate for any age, to read or be read to, satisfying a short attention span, while informing and entertaining. I especially enjoyed the story about the Halley’s comet panic that ruled the earth. It triggered a recollection my father told me of the1908 Siberia Explosion caused by what they thought was an icy fragment of a comet that frightened many as well. So many of Ms Crosbys stories have the stimulation of memory or curiosity and the desire to find out more! A most enjoyable book—George Fischer

You can buy this book direct from the author at Dragon Tree Pyblishing, or in book shops around La Palma.

The recommended retail price is €10, but books bought through the Dragon Tree website will cost just 8€ + P&P.

To buy the book, go to Dragon Tree Publishing
You’ll be able to pay with Paypal or a credit card.

To buy the book, go to Dragon Tree Publishing
You’ll be able to pay with Paypal or a credit card.